The origins of Skinners’ Academy date back over a century.  In 1868 the Schools Inquiry Commission highlighted the lack of education for girls, and as a result the Skinners’ Company decided to establish the Skinners’ Company’s School for Girls in 1890 on a site in Stamford Hill, then a rapidly growing suburb of Hackney. The school flourished through the Edwardian and the inter-war years when academic and career opportunities for girls expanded. Following a temporary evacuation to Welwyn Garden City during the Second World War, the school became a voluntary-aided grammar school from 1949 until 1972, and subsequently the first voluntary aided comprehensive school in London.  Population growth led to a larger school on a split site with the Lower School moving to Mount Pleasant Lane. The difficulty of operating across two sites is significant and, eventually in 2010, the Governors and Hackney Learning Trust decided to close the Skinners’ Company’s School for Girls and re-open as the co-educational Skinners’ Academy. 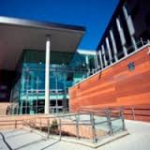 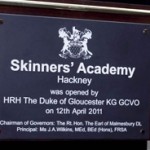 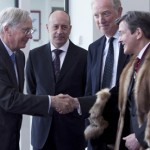 Members of the Skinners’ Company make up a significant proportion of the Skinners' Academy Governing Body 2019-20 . Governors and staff believe in traditional educational values delivered in a modern context, and are enthusiastic about the integral role the Academy plays in the evolving Woodberry Down community.

Pupils have access to academic and vocational qualifications as well as a wide range of curricular and enrichment/extra-curricular activities. The Academy aims to help all pupils to become well rounded adults who are equipped to contribute positively to their local and global community. The Skinners’ Academy prides itself on its culture of high expectation for every pupil and all staff are committed to cultivating a happy, disciplined, caring and respectful environment.

Our Vision is “be the best you can”

Skinners’ Academy offers an outstanding, all-round education, and is determined to be one of the best schools in London. The Governors and staff believe that all pupils, regardless of background or ability, should be supported to excel in all that they do. The Academy has a strong ethos based on enterprise culture – problem solving, resilience, risk taking, teamwork - equipping pupils for success in today’s world; dynamic and inspiring teaching and learning; a broad curriculum and a wide range of exciting extra-curricular activities; strong, non-negotiable discipline; pastoral care and guidance which provides genuine support, not excuses; and, core Olympic values of friendship, respect, excellence, determination, inspiration, courage, and equality.

For Admission to Year 12 please contact the Academy if you are a Year 11 pupil interested in applying.

Please see the Skinners' Academy website to find out more

We are delighted to be able to congratulate SKPS on its very first Ofsted inspection report! We hope...
read more