Home > The Corporation of London

The Corporation of London 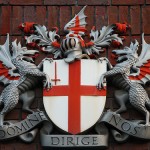 Voters are residents and/or in business with a lease in their name. Businesses have a vote on the basis of 1 vote for every 5 workers in the City up to 50 workers, and 1 vote thereafter for every 50 workers.

Subject to re-election every 6 years, Aldermen are elected by eligible voters. Aldermen need not be Liverymen/women, nor have a vote in the City. Prior to election Aldermen must be approved by the Lord Chancellor as being suitable to serve as a Magistrate - although the link to the Magistracy is currently under review - and they must retire at the age of 70 - the same as Magistrates.

Subject to election every 4 years, Common Councilmen are elected by the same eligible voters as Aldermen. Common Councilmen must be Freemen of the City, but not necessarily Liverymen, and must have a City vote.

Made up of The Court of Aldermen and the Common Councillors, the responsibilities of Common Council are those of any other local authority except that the City has a range of responsibilities across London, financed mainly from the private purse of the City of London Corporation. Meetings are presided over by The Lord Mayor, conducted by the Town Clerk, and take place in Guildhall at 1pm on a Thursday - 9 meetings a year.

There are 108 Livery Companies in the City of London with other Guilds working to attain Livery status, subject to the approval of The Court of Aldermen.

There are 20 members of the Livery Committee – 2 Aldermen, 6 Common Councillors, 6 Liverymen, and 6 Livery Company Clerks. Members serve for 3 years and may stand for re-election for a further 3 years. The Committee is responsible for organising Common Hall - the meeting of all Liverymen in Guildhall - for the election of two Sheriffs on Midsummer Day, and again on Michaelmas Day for the Election of The Lord Mayor. The Committee also deals with matters of concern to all Livery Companies.

Two Sheriffs are elected each year - one is always an Alderman, as having served as Sheriff is a requirement to becoming Lord Mayor, and the other is a Liverymen. On occasions there are more than two candidates for election by the Livery in Common Hall.

Elected by the Court of Aldermen - following approval by the Livery in Common Hall - candidates must be Aldermen and have served as Sheriff. Elected on or about 29 September, The Lord Mayor retires from the City until Installation at the Silent Ceremony on the second Friday in November, and retires again from the City following a year in office, until the Easter Banquet the following year.  Spending about 100 days overseas during the year in office, promoting the Financial and Commercial services of the City of London, the Lord Mayor is principally concerned with the City of London - The Square Mile - whereas the Mayor of London has a pan-London responsibility.