The Skinners’ School became a voluntary-aided grammar school under the 1944 Education Act.  It adopted academy status in February 2014 without change to its standing as a leading grammar school or its admissions arrangements.  The Skinners' School Foundation is the lead sponsor of The Skinners' Kent Academy which was established in 2009. 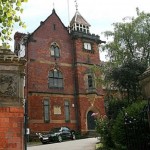 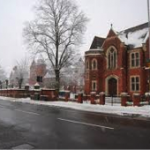 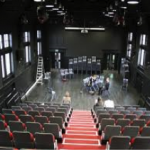 Since original construction in 1887 further building has taken place:  1994 The Leopard Building houses Mathematics, Art, Design Technology and ICT; 2002 The Cecil Beeby Building provides specialist facilities for Modern Languages; 2003 Restoration of Byng Hall - acquired to provide facilities for Music and Drama - was given a Conservation Award from Tunbridge Wells Civic Society; 2008 The Thomson Theatre was incorporated into Byng Hall; 2012 The Sports Hall complex opened on the Main School site. An ambitious plan to replace the Old Gym with a new School Library, Sixth Form Centre and suite of classrooms is underway.

The Skinners’ School offers a traditional curriculum, valuing academic achievement, and encouraging wide participation in a range of extra-curricular opportunities. The curriculum has been carefully designed to offer breadth yet challenge appropriate to the needs of The Skinners’ School pupils.  Students are given opportunities to experience practical and creative subjects. A specialist course helps to focus attention on how to learn through cognitive skills (COGS).

There is a much greater emphasis on independent study in the Sixth Form, and more than 50% of the year group will go on to take some sort of leadership role, be this as a subject prefect, a junior form prefect, house captain, a member of the school prefect team or within our CCF or sports teams. Nearly all students make a UCAS application to the more selective universities – well over 90% will end up going to a Russell Group university, including Oxford and Cambridge.

Please see the Skinners' School website to find out more