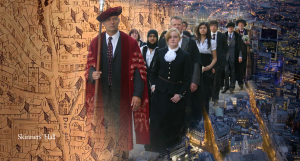 Election Day on the Feast of Corpus Christi

The Skinners’ Company was formally incorporated with a Royal Charter from Edward III in 1327.  As a religious fraternity it was dedicated to Corpus Christi and so this is its major feast day when the Company elects its Master and the four Wardens who will assist him in the leadership of the Company in the forthcoming year.

The Feast of Corpus Christi - always the Thursday after Trinity Sunday - does not commemorate a particular event in the life of Jesus but rather celebrates the Body and Blood of Christ.

The Skinners' Company holds a Corpus Christi Service at St James, Garlick Hythe, close to Skinners' Hall. The church dates from the 11th century, was rebuilt after the Great Fire in 1666, and again after being bombed in the Second World War.  In the middle ages it was adjacent to the quayside - hence 'hythe' - for trade with northern Spain, and garlic was one of the principal imports here. It was also from this quay that pilgrims would depart to Santiago . The cathedral at Santiago in the north west corner of Spain contained the relics of St James the Apostle. Then pilgrims would spend the night in prayer in this church before setting out on this lengthy and hazardous journey. 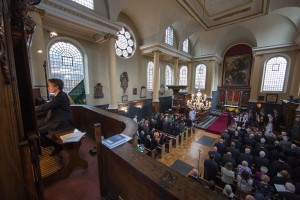